Delivery & prices
View your order
Contact us
Read our Blog
LOST IN MUSIC: A BLOG
We're finding, buying & framing records all day. Every once in a while we pause for thought.
Happy Birthday, War Is Over
We now frame Birthday Number One records and sheet music going back as far as 1947, when the first regular weekly music chart was published in Melody Maker newspaper and broadcast to the United Kingdom on Radio Luxembourg on Sunday nights. *

This was the era of rationing and scarcity. The pop charts were based on sheet music sales; that was how most people bought music after the war. Recorded discs were a relative luxury.

Many of the artists are familiar names at least: Bing Crosby, Frank Sinatra, Vic Damone, the Andrews Sisters, Vera Lynn. Some of the songs too: Riders in the Sky, Tennessee Waltz, Rudolf the Red-Nosed Reindeer, (If I Knew You Were Comin') I'd've Baked a Cake.

But the music is from a different world. The songs are orchestrated; the mood is jaunty, soothing or quietly sad; there is no hint of angry rebellion or teenage introspection; the lyrics are often romantic of course but, as with films of the day like Brief Encounter, any sexual content is euphemistic or hinted at in a way that is undetectable to the younger ear.

The songs reveal nothing much about how the singer feels about his or her life. Virtually none of the singers wrote the numbers they performed anyway; the singer-song writer didn't exist. The most popular songs were usually recorded by several different artists and it was the publishers and song writers who took home most of the cash. 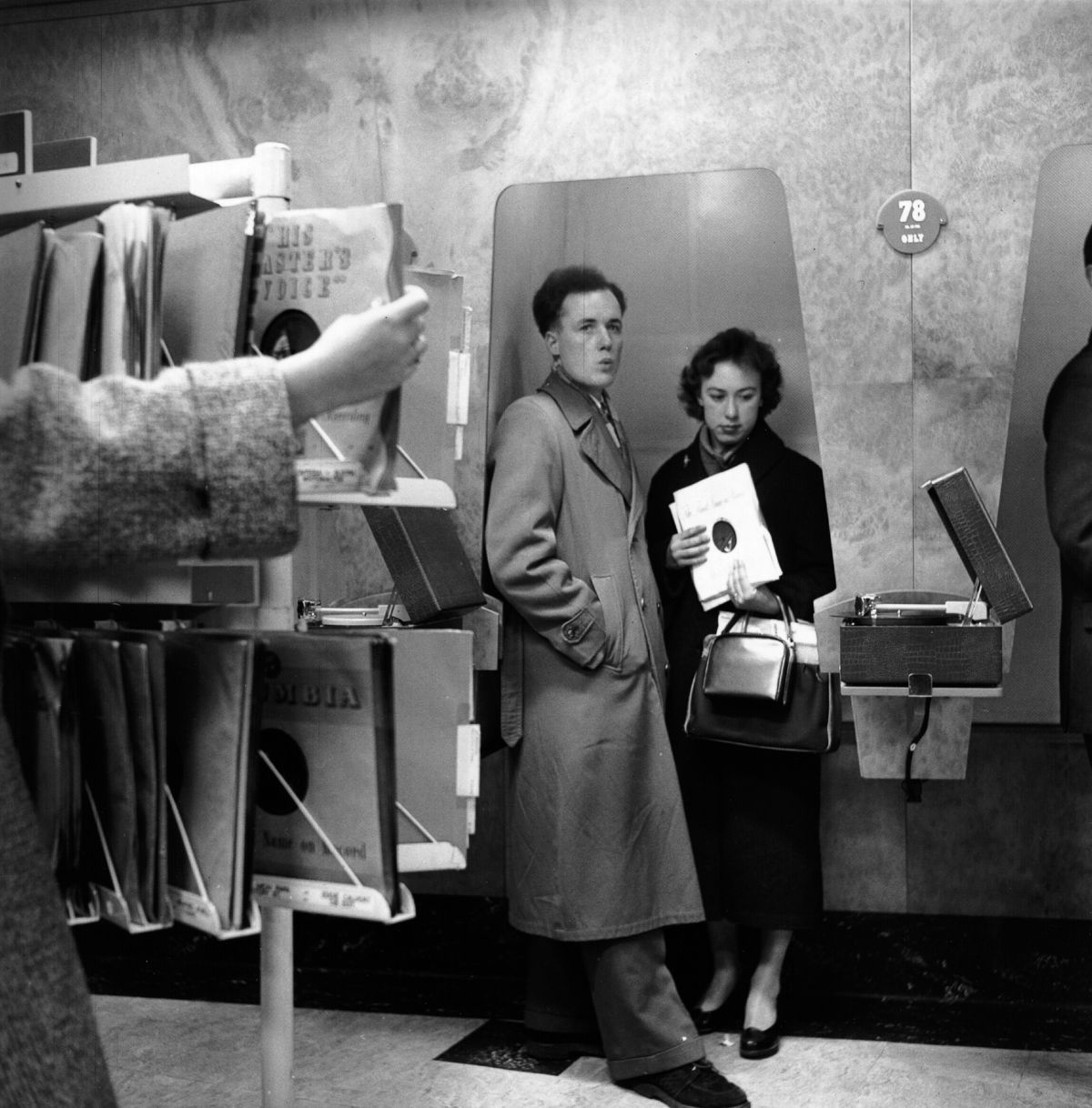 And while lovers of classical music or more adventurous jazz among the educated classes may have turned their noses up, these songs were known, sung and listened to almost everywhere by almost everyone. The charts reflected the whole country's favourite tunes in a way that the current charts simply do not.

I listened to all of the Number One songs while adding the charts to our website and the question occurred to me: has the style and content of popular culture ever changed so dramatically over a 70 year period in our history before? Even the Romans, Vikings and Normans probably left the indigenous British to enjoy their folk songs of the day much as before.

But then again, so much about the popular songs of the day is familiar. There are forlorn songs of unrequited love, quietly satisfied ballads where the guy and the gal have come together and plan to stay that way forever, songs you are meant to dance to, irritating novelty tunes that stick in one's head for weeks, try as one might to dislodge them.

There are songs from the big films of the day: Galway Bay from John Wayne's The Quiet Man, The Harry Lime Theme from 1949's sensational thriller The Third Man, and I Taut I Taw a Puddy Tat from the Sylvester & Tweety Pie cartoons were all Number Ones.

American influence was huge: cool and exotic then as now. The massive if temporary wartime population of GIs in England changed our tastes a little, and country songs, smooth singers and Doris Day found an easy path to our living rooms, pubs and dance halls.

And as is true now, songs hung around the radios for a long time and could top the chart for months on end. So Shape of You by Ed Sheeran was Number One for 13 weeks last year? Bing Crosby's Galway Bay didn't move from the top spot for 22 weeks in 1948.

For all that, this isn't pop music as we know it. Not one of these songs rocked. That didn't happen until Bill Haley brought chaos to our cinemas in 1956 with Rock Around the Clock, followed in time by Tommy Steele, Buddy Holly, Lonnie Donegan and Elvis Presley. Teenagers got interested, and the grown-ups became a little confused although the steady supply of love songs and novelty tunes never dried up and continues to this day. The road always has a middle.

You can hear the tectonic plates shifting in two hit versions of Slow Boat to China. Kay Kyser's orchestra recorded a smooth, cool version in 1949 which helped the song become a huge hit. But the exuberant, wonderful Emile Ford and the Checkmates gave it a beat and made it rock in 1960 albeit safely and pleasantly.

My favourite example of this is Tennessee Waltz. A huge hit in 1951 for Patti Page, it's a sad, haunting, beautiful, catchy song about the very moment a love is seen to be lost to a rival. Given to the irrepressibly cheerful Alma Cogan in 1964 it becomes brassy, upbeat, a little bit shouty - and no longer a waltz. I love it.
* Most of the official reference books and websites listing pop charts begin in 1952 when the first charts based on sales of recorded music were published. Radio Luxembourg's Top Tunes chart was based on the sales of sheet music, which outsold records until the 1950s partly because the raw materials and factory space needed to make the discs were in such short supply in post-war Britain.

Since it was based on sheet music sales, the Top Tunes chart was a list of songs by particular writers not performers. In our chart listings on this website, we have shown the name of the singer or band who we consider to have been the most well known performer of each song.
Posted by Mark Lawrence on Saturday, 17th February 2018 at 12.30pm