Delivery & prices
View your order
Contact us
Read our Blog
LOST IN MUSIC: A BLOG
We're finding, buying & framing records all day. Every once in a while we pause for thought.
Half of a Hit Machine: RIP Bill Martin
The names "Martin-Coulter" appeared on the labels of many vinyl singles I bought as a child - Fancy Pants by Kenny, Back Home by the England World Cup Squad in 1970, and Forever and Ever by Slik, one of Midge Ure's early bands.

Bill Martin died last Thursday; this is just a brief tribute to half, with Phil Coulter, of one of the most successful songwriting teams of the 1960s and early 1970s. They wrote other Number One hits: Puppet on a String for Sandie Shaw and All Kinds of Everything for Dana. These were both Eurovision Song Contest winners, in the days when the UK had a fighting chance, and they came within a whisker of a third victory in 1968 with Congratulations by Cliff Richard. 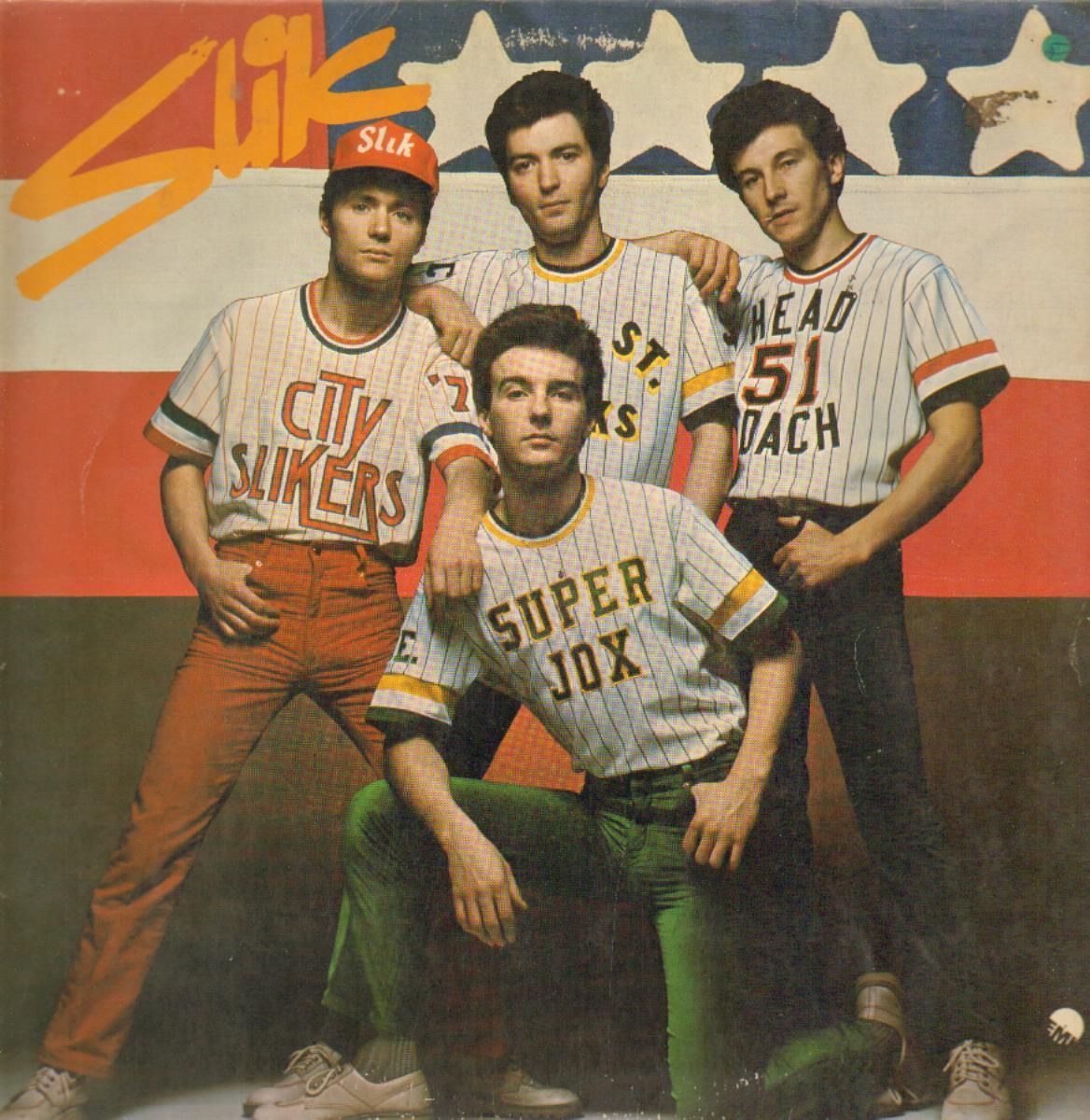 Slik, with Midge Ure in front.
For better or worse, Martin-Coulter were also partly responsible for establishing Bay City Rollers in the British charts with their tunes Summer Love Sensation and Shang-a-Lang, although they wrote neither of the Rollers' two Number One singles.

The phrase "hit factory" is easily used about such characters and their records, which can belittle their craft, but Martin & Coulter weren't above recycling and re-using old material; pick the tune (if you can) out of the B-side of the 1970 England football team's single, Cinnamon Stick, change the lyrics, and you have Saturday Night, Bay City Rollers' American Number One single six years later. 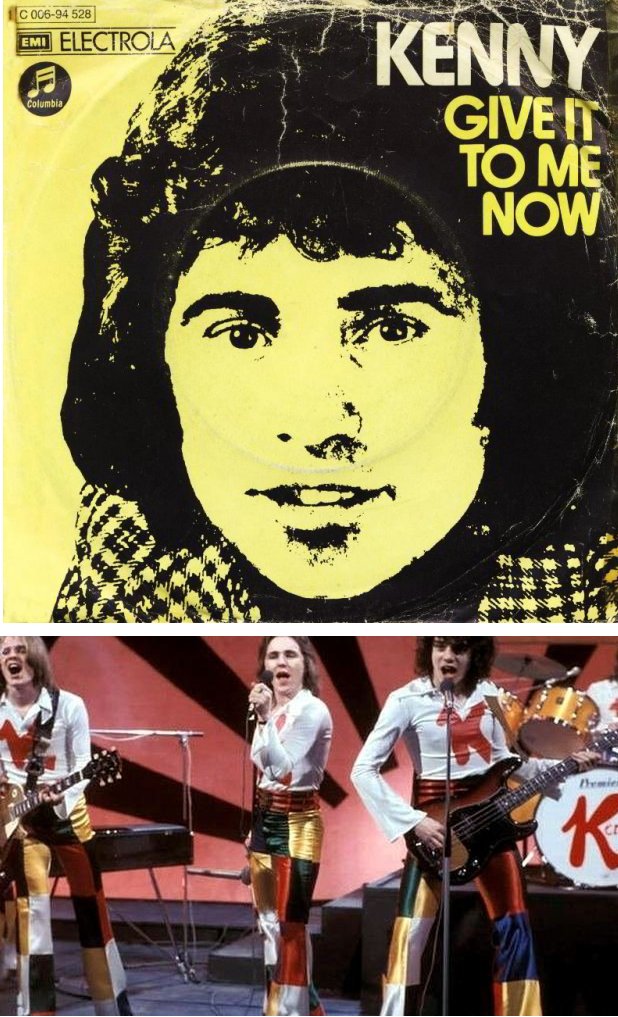 Kenny, versions 1 & 2.
I also chuckled to read today that teen heart-throbs Kenny were named after an Irish showband singer, Tony Kenny, who recorded two hit singles in the UK, both written by Bill Martin and Phil Coulter and released under the name Kenny. The singer returned to Ireland, so his record company scratched their heads, found a completely unconnected North London band called Chuff, gave them the name Kenny, and went on to have three Top 10 hits in 1974 and 1975.

It wasn't all so lightweight; Bill Martin also wrote one of the greatest singles of the 1960s: Cilla Black's gloomy masterpiece Surround Yourself With Sorrow. It's a beauty. 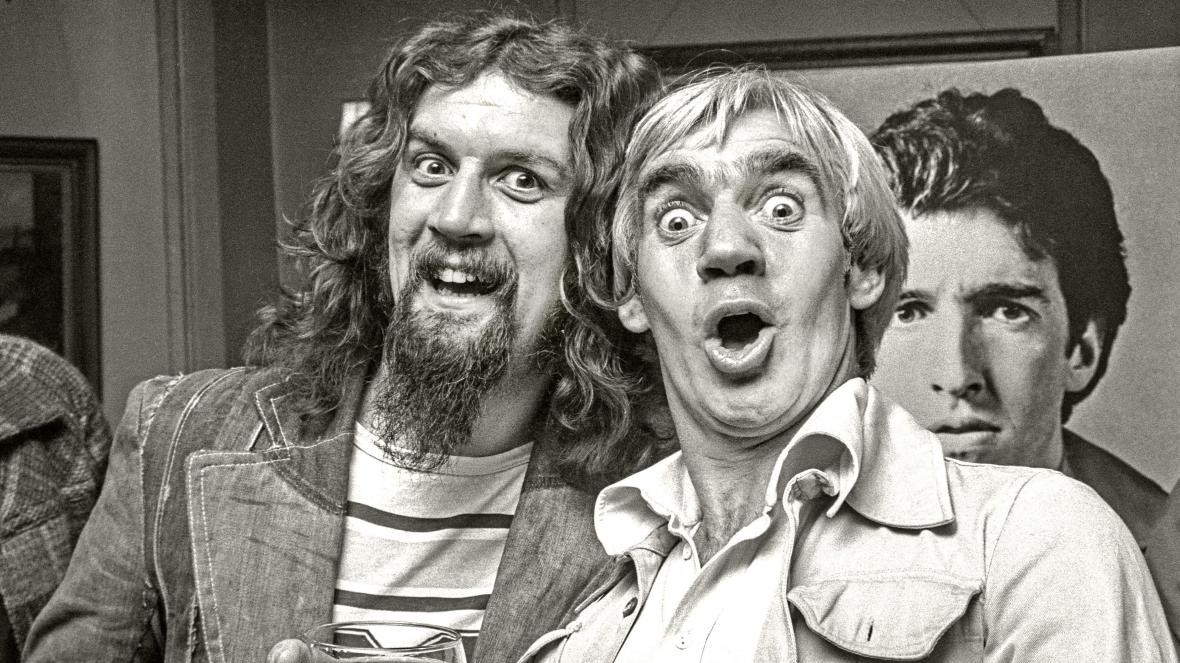