Delivery & prices
View your order
Contact us
Read our Blog
LOST IN MUSIC: A BLOG
We're finding, buying & framing records all day. Every once in a while we pause for thought.
Quentin Tarantino: The Hits You've Never Heard Before
The huge impact of the early films of Quentin Tarantino upon modern cinema is hard to argue against, but his "jukebox" approach to selecting music for those 1990s movies gave new life to a good few forgotten hits of the 1960s and 1970s.

Unlike the 60s and 70s, it is hard to move these days without pop music being played somewhere as background noise, yet the catalogue of tunes one hears in shops, cafés, restaurants, at weddings, in the background of TV and radio programmes, seems surprisingly narrow and repetitive to me. Judging by the orders we receive for gifts from wedding guests, You Never Can Tell by Chuck Berry is now a favourite "first dance" tune, while Stuck in the Middle With You by Stealers Wheel, Son of a Preacher Man by Dusty Springfield, and that twangy surf tune from Pulp Fiction are always playing somewhere it seems, and only because of Quentin Tarantino.

They're truly great songs, but I do believe that the scenes in the movies over which each was played had just as much to do with their impact, and their place in our hearts from then on, in just the same way as pop videos did in the 1980s. Can anyone under the age of 50 hear You Never Can Tell without seeing Una Thurman and John Travolta's awkward dance-off from Pulp Fiction? 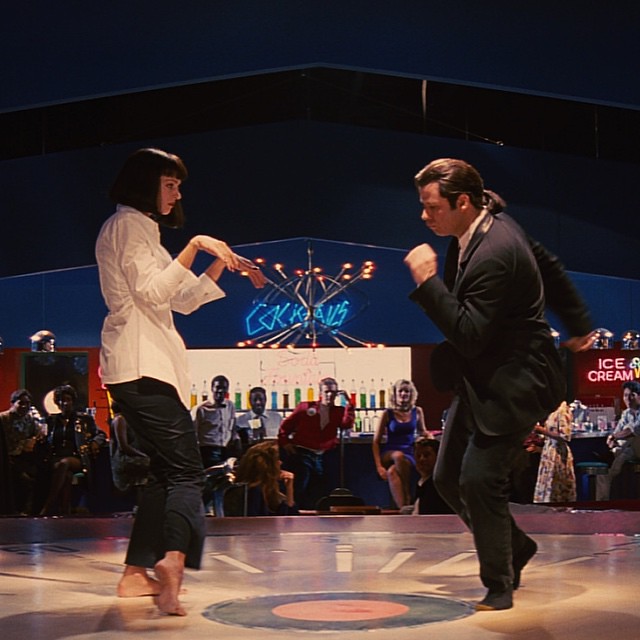 Chuck Berry's 1964 hit "You Never Can Tell" as seen in "Pulp Fiction".
After Jackie Brown in 1997 introduced most of us to a few forgotten, or never-heard-before, 1970s soul hits, the soundtracks to Tarantino's later films took an increasingly diverse approach, borrowing heavily from old spaghetti westerns and even, on The Hateful Eight, commissioning a largely original score from his hero, Ennio Morricone.

But the jukebox is back again for his latest, and to my mind truly wonderful, epic Once Upon a Time... in Hollywood. Tarantino has made no bones about his choice of pop songs in this film reflecting what he used to hear on the radio when he was growing up in Los Angeles in the late 1960s and 70s.

And there are some fabulous tunes in the movie, some of which ought to make it into that Catalogue of Everyday Pop Tunes playing around us every day here in Britain. My guess is that it will one of the better-known tunes, Out of Time by the Rolling Stones, that takes on a new, second life given that it is used with such powerful timing ahead of the movie's dramatic and surprising finale. Deep Purple's Hush and the Buchanan Brothers' Son of a Lovin' Man may well become commonplace too; both are euphoric, catchy tunes accompanying ecstatic, rush-of-blood-to-the-head party scenes. 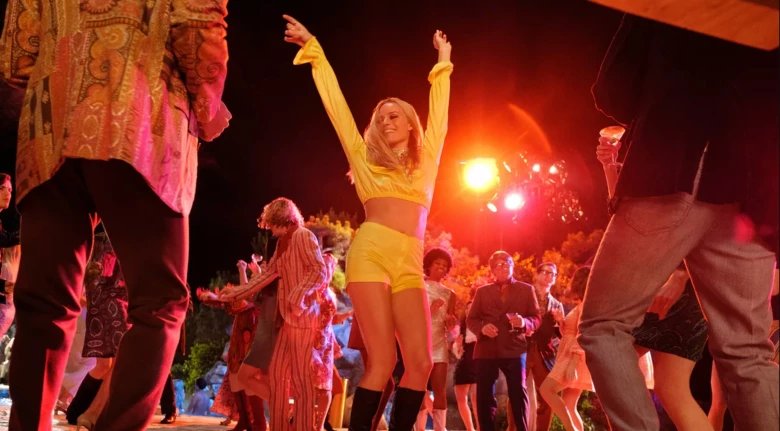 There is a puzzle about all of this though. We at the Old Record Shop bow down to few people in our love of euphoric, 1960s and 1970s pop music, but why are so many of the songs Tarantino chooses for his movies new to us?

The answer maybe that we're not as smart as we think are; I hope not! But nor do I believe that Tarantino is just showing off how obscure, and cool, his record collection is. Not in this film, nor Reservoir Dogs, nor Pulp Fiction. Nearly all of the songs he chose were Top 40 hits in the USA.

The first thing to jump out from this, then, is just how different the US pop charts were from the UK charts in the 1960s and 1970s. There are no fewer than three US Top 10 hits from 1966-7 by Paul Revere and the Raiders in Once Upon a Time... in Hollywood. How many Top 40 hits did the same group have in the UK? Not one. Ever. There are other big American hits from the film which made little or no impact in the UK: Hey Little Girl by Dee Clark, The Letter by Joe Cocker, and - used to ominous effect in the movie - the gorgeous Young Girls Are Coming to the Canyon by The Mamas and The Papas. 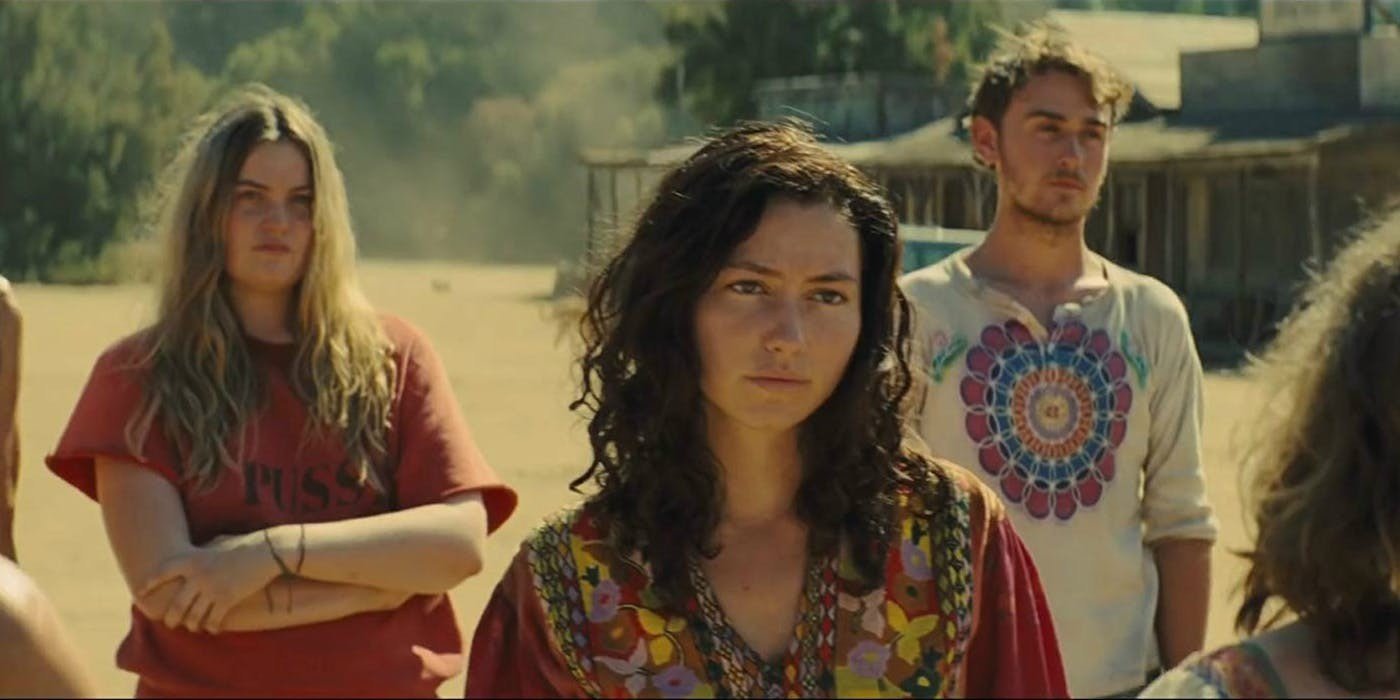 "Once Upon a Time...in Hollywood": Young Girls Are Coming to the Canyon
The same can be said of his earlier films. Little Green Bag by the George Baker Selection from 1969 was being whistled everywhere by early Tarantino fans after Reservoir Dogs started to make such an impact in Britain. Much later, in 1975, this Dutch group did indeed have a big hit in the UK with Una Paloma Blanca (shamelessly borrowed for a Top 10 hit in the same month by famous/infamous British pop entrepreneur Jonathan King), but they were one-hit wonders in this country.

The second thing to conclude from all this is that Tarantino isn't especially interested in British pop music. If it wasn't played on the radio in LA, then it seems he didn't hear it! In all his nine films, you'll hear very few British acts. Dusty Springfield, Stealers Wheel and Deep Purple had big US hits but beyond that the pickings are slim: T. Rex and the marvellous Dave Dee, Dozy, Beaky, Mick and Titch pop up in Death Proof, but only because the tunes fit the scene (Jeepster and Hold Tight) as does the Rolling Stones' Out of Time in Once Upon a Time...

Tarantino's films are as American as can be and I think we're much happier for that: I don't think these films would have had the same punch had Racey, Engelbert Humperdinck or The Troggs featured on the soundtracks.

And to end, here is my personal favourite from Once Upon a Time...in Hollywood. I've never heard of Los Bravos but if Tarantino makes driving a sports car as fast as possible through LA at twilight seem a huge thrill, then I think Bring a Little Lovin' has a lot to do with that.
Posted by Mark Lawrence on Tuesday, 3rd September 2019 at 2.18 pm