Delivery & prices
View your order
Contact us
Read our Blog
LOST IN MUSIC: A BLOG
We're finding, buying & framing records all day. Every once in a while we pause for thought.
It Was (Insert Number Here) Years Ago Today 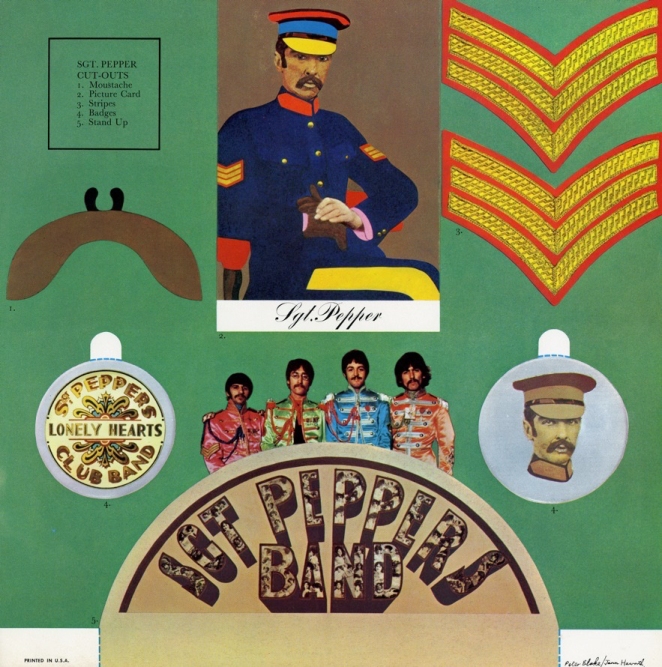 Thirty years ago, the big music news was created by a great big old media promotional push to mark the 20th anniversary of the release of Sgt. Peppers Lonely Hearts Club Band by you-know-who.

From memory, there hadnt really been a big rock anniversary celebrated or marketed in this way before. The Beatles were the obvious band to go first, even though they werent much spoken about in the fashionable rock and pop world then. Most of us were reminded after many years of not thinking about it very much at all that, yes, it was actually a pretty spectacular album, while purists complained that Revolver was a much better record.

Id also argue that this was when rock and pop really began its expansion into middle age, the mainstream and every corner of the mass media. The year before in 1986, the first issue of Q magazine was published with its coverage of older, established rock acts a deliberate contrast to the established weekly music press obsessed as it was with, and very good at, finding the best new, young, exciting music from out of nowhere. Mojo made nostalgia its bread and butter from its launch in 1993 while the wonderful The Word did a great job at both: late middle aged Smash Hits editors writing for early middle aged Smash Hits readers.

Anyway, to mark the 30th Anniversary of the 20th Anniversary of Sgt. Pepper you could do worse than find a copy of Sgt Pepper Knew My Father, the excellent compilation of covers of songs from the album released by the NME in 1988. (No, I cant remember why 1988 and not 1987.) The Fall and Sonic Youth are on there, and Getting Better by the Wedding Present is a really noisy treat. Even though the single made Number One, I'm happy to forget the versions of With a Little Help from My Friends by Wet Wet Wet and She's Leaving Home by Billy Bragg if you are.